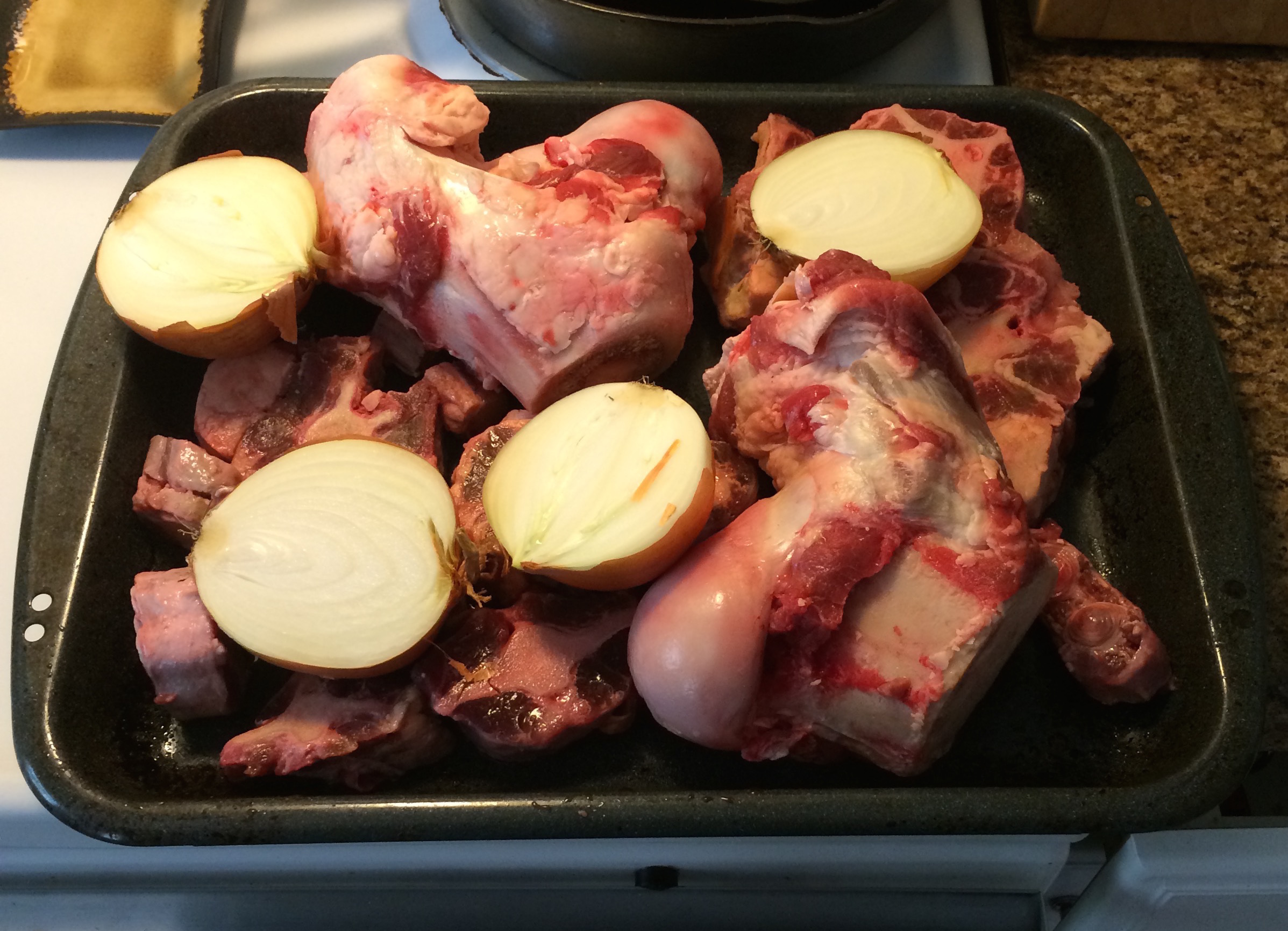 The sun is starting to set earlier here in ATL, and the air is delightfully crisp. For me, that means two things: I wear more pants and I eat more pho.

Now let's get one thing straight: when you develop a pho obsession as deep as mine, you'll eat a hot bowl in the middle of summer with no shade in sight. But, to be honest, a bowl of steamy beef bone broth and rice noodles is best enjoyed when the temperature drops below 65. The warmth of the broth contrasts with the coolness of the air, and it transforms your body and mind into a state of bliss and clarity. Seriously though, this stuff is magical.

Anybody who has acquired an acute fondness of pho should set out to make their own. There is significant time and process involved, but the rewards are worth it. And hey, it's way easier to make than ramen (and not the stuff that comes in 25 cent packages).

You will need to find a source for beef bones. Oxtail is common at most grocery stores, but the big bones will need to be acquired at your local butcher or farmers' market. If you live anywhere near a major city, this should not be a problem.

1. Preheat oven to 425 degrees F
2. Place beef bones, oxtail, and onion on a baking sheet, and roast in the oven for 1 hour
3. Combine all ingredients into a stock pot, and bring to a boil, then simmer on 3 for 8 to 18 hours
4. Let the broth cool, then strain through cheese cloth into a large container

Go ahead and prepare the thinly sliced top sirloin ahead of time.

1. Put the eye round in the freezer for 1 hour
2. Slice the beef very thinly with a sharp knife
3. Let the meat come to room temperature before preparing the bowl

1. Heat the broth, and add the chopped sweet onion
2. Add water, salt, sugar, and fish sauce to the broth until it tastes perfect
3. Strain the broth, and bring to a boil
4. Boil the rice noodles in salt water until they are soft enough
5. Put cooked rice noodles, beef, green onion, and cilantro in a large soup bowl
6. Pour the hot broth over the noodles, and crack a little black pepper on top
7. Serve with bean sprouts, Thai basil, lime wedges, jalapeño slices, hoisin sauce, and Sriracha
Share on Facebook
Tweet on Twitter
Jonathan
Oct. 16 2015