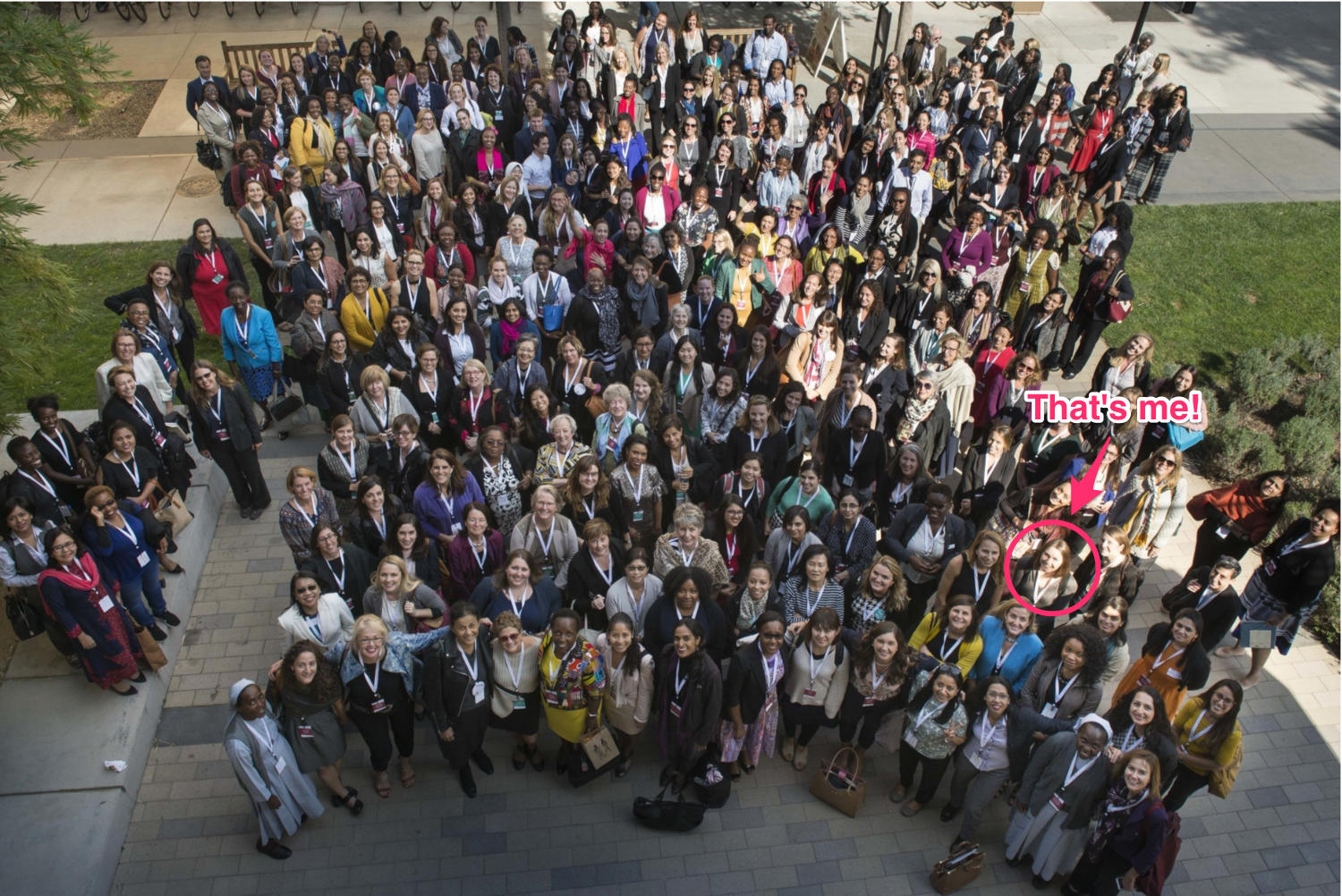 In October, I had the opportunity to attend a pretty sweet conference (bet you never heard the words ‘pretty sweet’ and ‘conference’ next to each other). Stanford University hosted 390 women and 20 (very brave) men from 68 countries to celebrate women in global health leadership positions and dream up ways to cultivate the next generation of women leaders.


‘Gender parity’ is a term thrown around a lot these days, but it’s easy to forget about the facts that underpin these conversations so here are two quick ones:


I’ve been a part of organizations and conversations that love talking about how this happened and why it’s horrible, but this group was different. Our focus was on the individuals who are being affected by this lack of parity, and how to help them while striving for equal representation in global health leadership positions.


During the one-day conference, I heard from speakers with a broad range of expertise. Here were a few of my favorites:

A common thread in almost every conversation was one of our favorite things to nerd out about at Standard Code: data. There is a huge need to see disease data disaggregated by gender, something that is not commonly done in today’s disease reporting, especially for Neglected Tropical Diseases. I was honestly quite surprised by this because many of our clients do this by default (they’re awesome), so I did my own research to hunt down disease data by gender, and it was really disappointing (it exists in some cases, but is definitely not as common as it is with our Standard Code clients).


I stumbled across this quote from a speech Melinda Gates gave at the Women Deliver conference in Copenhagen in 2016:

“By adopting the Sustainable Development Goals the world agreed to achieve gender equality by 2030. But we cannot close the gender gap without first closing the data gap. We simply don't know enough about the barriers holding women and girls back, nor do we have sufficient information to track progress against the promises made to women and girls.”


This is what I take home with me. I hope to bring this into conversations in the office, when dreaming up ideas for our product Secure Data Kit, and in conversations with clients, when collaborating to design forms that will be used to collect data on communities affected by disease.


The conference ended with a feedback session where attendees stood up and spoke about their hope that we don’t lose sight of our original goals while striving for gender parity: let’s rid the world of disease. We of course think that gender parity in global health leadership positions will accelerate this, but the first focus is those impacted by disease, and if women around the world rise to leadership positions because of our success working to eradicate disease, well that’s just the much-deserved icing on the cake.