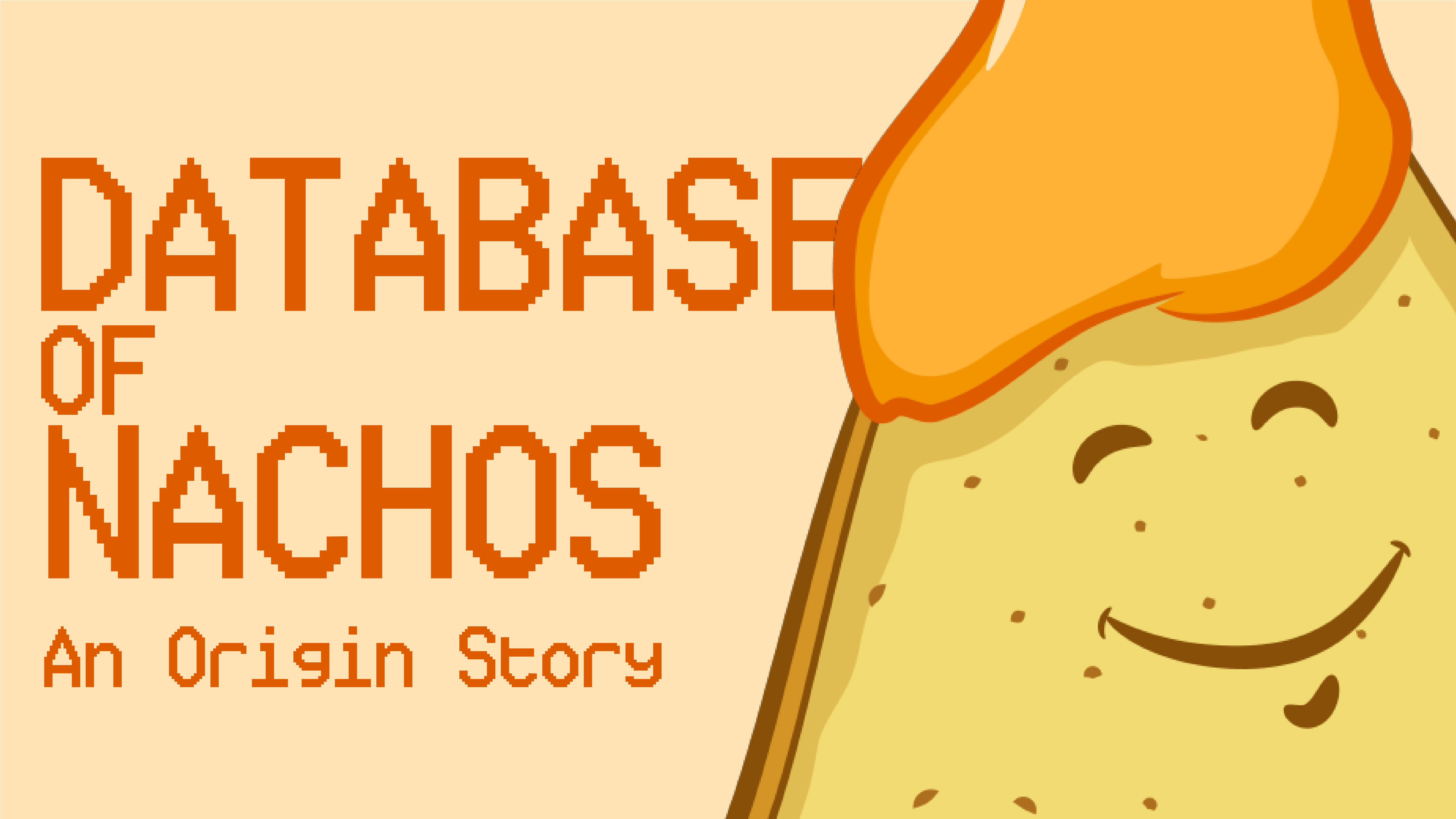 It's officially November and likewise, the most wonderful time of the year. Here at Standard Co, we're busy decking our halls with queso and enjoying a slightly different kind of wreath, because our favorite holiday is right around the corner -- National Nacho Day.

This week, leading up to the main event, (November 6th, for those of you who don’t appreciate ooey, gooey, melty-ness the way it deserves), we'll be sharing lighthearted nacho-themed content aplenty whilst encouraging the masses to eat some nachos, drink some beers, and enjoy the hell out of life.

If you want to know more about our nacho-thusiasm and what nachos even have to do with data, read on, dear reader. And don't forget to visit our Database of Nachos to plan your own week-long celebration!

*And, fear not, we’re not officially shutting down Standard Data in lieu of endless nacho purveyance, though we will be talking about nachos *a lot* this week.

So, You Built a Database of Nachos?

Indeed. We launched our proprietary Database of Nachos roughly 5 years ago to minimal global fanfare, but much internal glee -- a side-hustle project that earns us absolutely nothing but street cred and, if anything, costs us money. Call it a labor of love, call it procrastination-at-its-core, just don’t you dare call it “lame”.

Database of Nachos wasn’t always a database of nacho purveyors, mind you. In fact, it is at its core a sound implementation of a hyper-successful Minimum Viable Product (in startup goon lingo, this means something demonstrably testable and scalable employing as few resource constraints as humanly possible).

Don (a pseudonym for our client who asked -- inadvertently -- for the Database of Nachos), reached out to the Standard Co team with a unique problem, as is often the case with our clientele. See, Don wanted to plot infinite points on a map, say in the form of a hexagon, to help him map locations in remote geographies that were evolving disease hotspots.

Anyone know how to easily do that? We sure didn’t. But we learned, fast. Turns out, Standard Data allowed us to do just that: select all latitude and longitude points within a given area. This was great news for our client, (and for our wallets), but our Nacho-loving CEO wanted to push it even further, pulling real logistical data into the tool to prove its worth and win a client for life. Nachos were on his brain, so nachos is what he delivered.

By crawling over 29K restaurants across 50 states that serve nachos, the “Internet’s Comprehensive Database of Restaurants that Serve Nachos” was officially christened. And the rest is history. Don was blown away. We made money. Lives were saved in remote regions of the world. And now, everyone can search for a new favorite nacho in any city throughout The United States of America.

That’s it, folks. Database of Nachos in under 1000 words. We implore you to visit www.databaseofnachos.com this week, map out a plan for nacho greatness in celebration of the best day of the year, and let us know any feedback you may have. Because we love nachos, but dare we say: we love data even more.

Side Note: We named our official Database of Nachos mascot “Don”, in honor of client Don, but also… c’mon, it’s perfect. Don the Nacho. Let’s talk data and you might just get a Don sticker.

Funny Note: We also reached out to one of our trusted designers to make some custom Database of Nachos t-shirts for us. The brief: Data + Nachos. That’s it. That’s the brief.